Meet the rising stars of ‘West Side Story’ on Broadway

When a new revival of “West Side Story” opens on Broadway, it will make history. The musical sees 33 young people making their Broadway debuts, a record.

The show,, loosely based on William Shakespeare’s “Romeo and Juliet,” chronicles the affair between two lovers caught in a violent gang world not of their making.

The young diverse cast arrives at the Broadway Theatre from everywhere from Cuba to Massachusetts, representing halftime performers in the NBA, touring stage veterans and ballet dancers in Los Angeles.

Here are three of their stories.

Ilda Mason isn’t just making her Broadway debut this year. She’s also making her feature film debut. Both are in versions of “West Side Story.”

The 30-year-old dancer from Panama City, Panama, auditioned for the Broadway musical during rehearsals for the Steven Spielberg-directed film version, which opens in December. “Both are completely different versions of the same story,” she says. 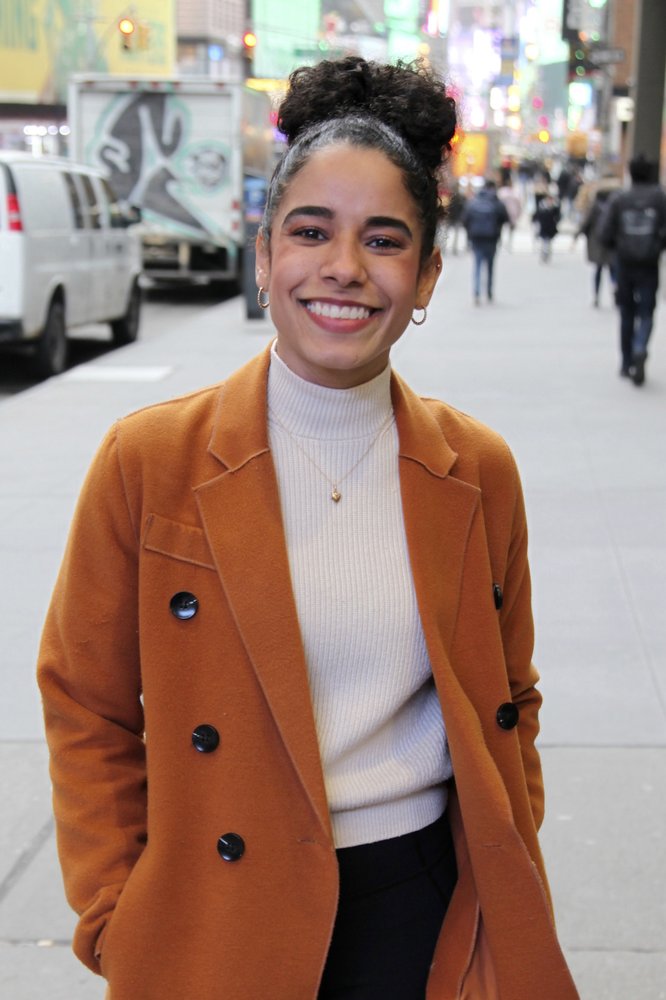 Mason has had a fascinating career so far. She won the Panamanian version of “Dancing With the Stars.” She performed “Legally Blonde” in China and toured the country with “On Your Feet!” and “Cinderella.” Now she’s a swing on Broadway, meaning she understudies five roles and is ready to go on in case of illness or vacation.

“West Side Story” is a recurring theme in her life. She’s been in a production at the Signature Theatre in Arlington, Virginia, and at the Paper Mill Playhouse in New Jersey.

“It’s important and it’s relevant. It’s my story. I’m an immigrant,” she says. “I’m happy to do a show that speaks my truth.”

In the future, she’d like to do film and TV, drawn by the opportunity to do the impossible onscreen. “I want to go to space and I want to be with dinosaurs. Basically, I want to be in a Steven Spielberg movie.”

Working in the Broadway Theatre has a special meaning for Satori Folkes-Stone, a 23-year-old Los Angeles native. Her mom performed in the same theater.

In the late 1970s, her mother, Neisha Folkes, was in productions of “The Wiz” and “Guys and Dolls” at the same venue that her daughter now enters eight times a week. 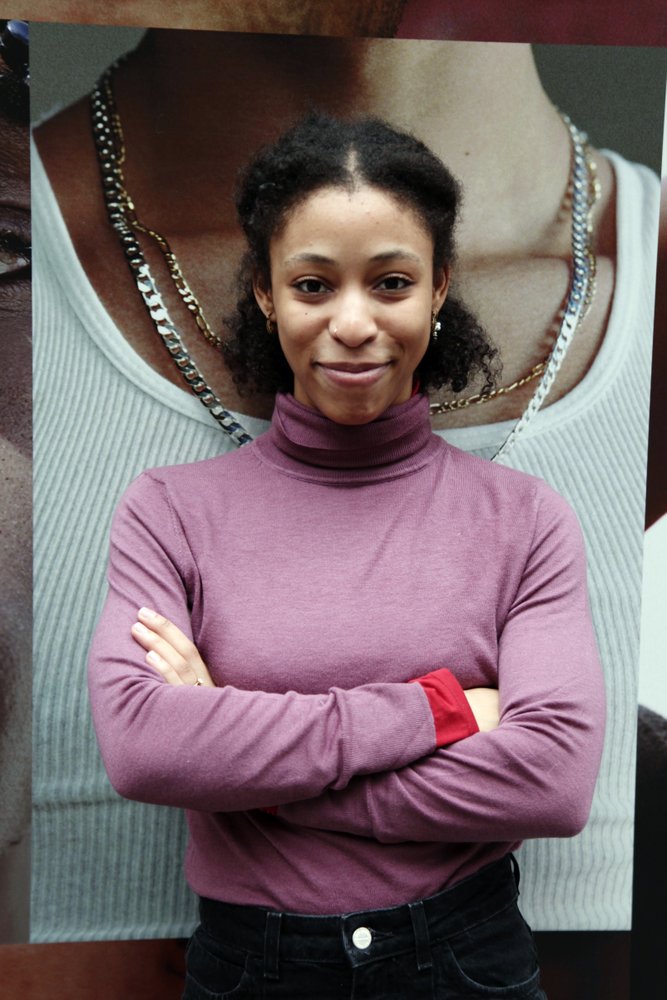 “I remember when I got the show, she was like, ‘What theater are you in?’ I said, ‘I don’t know.’ She said: ‘That’d be crazy if you were in my theater.’ Of course, she calls it ‘my theater,’” Folkes-Stone says, laughing. “Now it’s my theater.”

Folkes-Stone attended the Glorya Kaufman International Dance Center at the University of Southern California. She taught “Annie” to children in China and performed in a production of “West Side Story” at school.

She feared the worst when fellow students began announcing that they’d booked the Broadway revival of “West Side Story.” She heard nothing all day from her agent and cried in the bathroom, thinking it was lost. During a break at a late-night rehearsal for a senior project, she checked her phone. Her agent had left a message. She had the gig in the end, playing Margarita.

“West Side Story” is why she started dancing. The 1961 movie version inspired her — the songs, the story, the way everyone danced. “I was like, `I’ve got to move like that. That’s my template.’ Now I’m here.”

Broadway for her mom was just the beginning of a long career in the arts. She went on to be a principal dancer for the Alvin Ailey American Dance Theater and choreographed for movies and TV. Dancing is in her daughter’s DNA.

“We’re starting to live a very parallel life up to this point,” says her daughter. “It’s up to me to decide where I’m going to deviate or what I’ll do the same.” 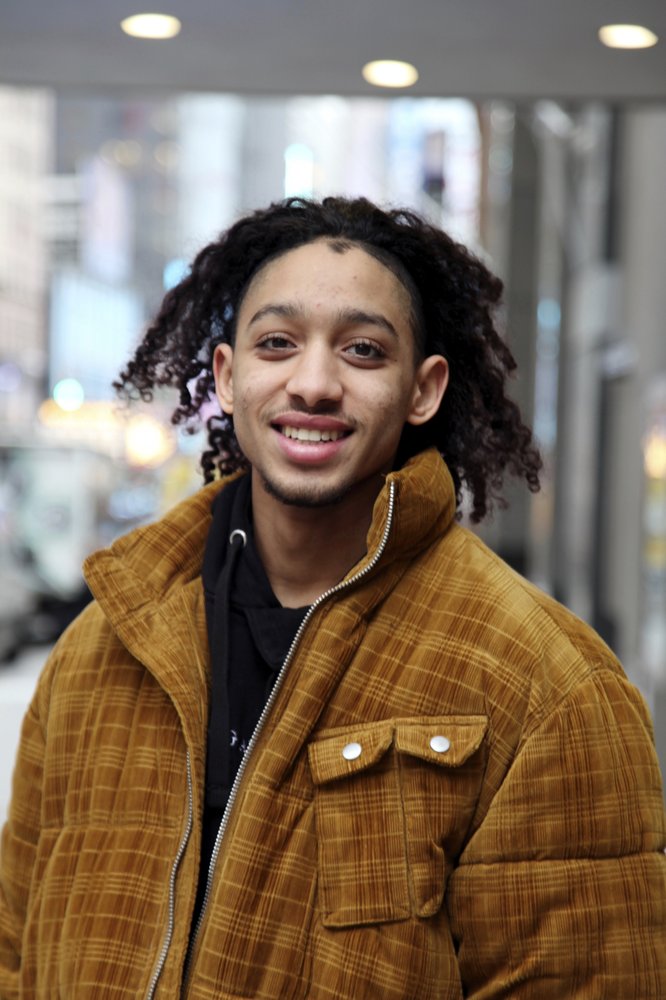 Israel Del Rosario was in a high school history class in Fort Lauderdale, Florida, when he got a text from a friend telling him about the local “West Side Story” auditions.

His hand immediately went up. He asked the teacher if he could use the restroom. It was a fib.

“I called my mom and she picked me up and two hours later I was on the list for the auditions, just like that,” he says.

Now, at 18, he’s one of the youngest in the cast. He endured three rounds of call-backs in Florida, two more in New York that involved 12-hour days and then one big, final one.

“I was fortunate enough to rock that call-back and make it,” Del Rosario says.

His path has taken him from Florida to Tennessee and back again, studying ballet, theater and hip-hop. He even performed for three years in front of tens of thousands as part of the Memphis Grizzlies’ junior dance team.

“I came out of the womb being blessed with an athletic but also artistic family,” says Del Rosario, who is of Dominican and Puerto Rican descent.

He was first inspired to dance by the show “So You Think You Can Dance.” A hip-hop and tap routine he saw really moved him. “I looked to my mom and I said, ‘I want to do that,’” he says.

Mom found him a weekly hip-hop and dance class and soon he was competing nationally. Later, mom and dad urged ballet training, but he resisted.

“I didn’t want to be the guy doing ballet,” he recalls. “I already had to deal with the stereotypes of a guy dancing. Now I have to tell people I’m in ballet class wearing tights? I didn’t want to do that.”

He and his mom fought about it for a year, but he reluctantly went to ballet class. She would cry in her car every time she dropped him off.

“Now I’m able to look at her and tell her, ‘Oh my gosh, I love you so much for doing that. Thank you so much,’” he says. “I was so fortunate to benefit from that.”

He was incredibly excited to land a role in “West Side Story” but two people may have been happier — mom and dad.

“I think they were the only two people more ecstatic about this than I am just because they were with me every step of the way,” he says.

‘Wonder Woman 1984,’ ‘In The Heights’ postponed due to virus

The show will go on. Just from their living rooms.

More than 50 infected with virus at California nursing home

Japan and South Korea tighten borders as US faces up to 200,000 Covid-19 deaths

At-home coronavirus test kits are still not in the hands of consumers. Here's why.

'Things will get worse before they get better': Boris Johnson writes letter to every home in Britain urging public to 'stay at home and save lives' during coronavirus 'national emergency'

No alcohol, no dog walks: Lockdown life in South Africa