White House requesting $1.25B as part of $2.5B plan to fight coronavirus

If approved, the funds will support vaccine development and response activities.

The White House is requesting $1.25 billion in emergency funding from Congress as part of a total commitment of $2.5 billion to fight the novel coronavirus, according to a congressional official.

If approved, the funds will be earmarked for accelerated vaccine development, support preparedness and response activities, and the procurement of equipment and supplies, according to the White House Office of Management and Budget.

As of Monday, 53 people in the United States had tested positive for the coronavirus, or COVID-19, as the virus is officially known.

Also Monday, a surge in the number of coronavirus cases in South Korea prompted the U.S. Centers for Disease Control to issue a warning advising travelers to avoid the East Asian country.

The CDC raised its travel warning to the highest level -- "avoid unnecessary travel" -- for those contemplating travel to South Korea, which currently has more than 800 cases of the coronavirus. 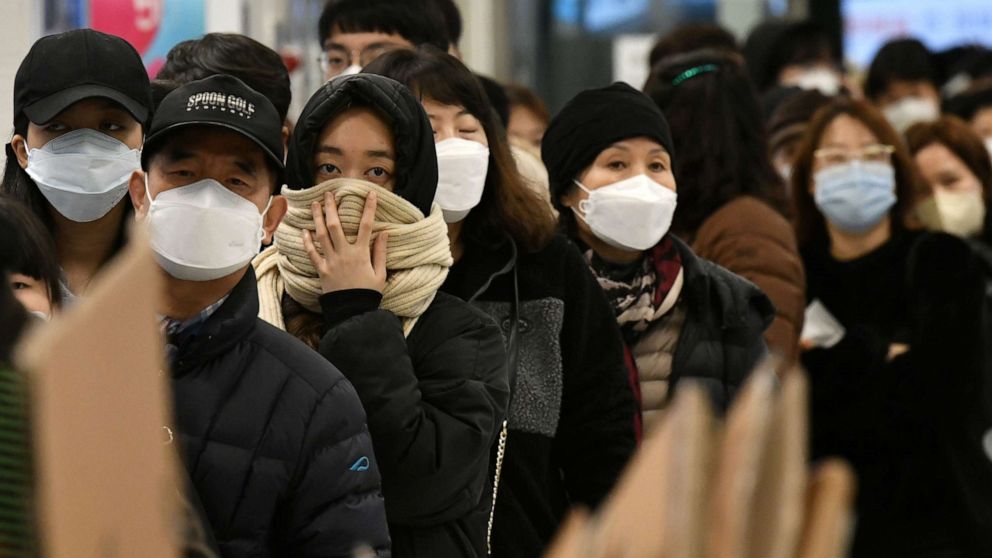 People wait in a line to buy face masks at a retail store in the southeastern city of Daegu on February 25, 2020.

People wait in a line to buy face masks at a retail store in the southeastern city of Daegu on February 25, 2020.Jung Yeon-je/AFP via Getty Images

The heightened warning came on the same day that officials said a family member of a U.S. service member in South Korea had been diagnosed with the virus. In a press release, U.S. Forces Korea announced that it had been informed by South Korea's Centers for Disease Control and Prevention that a military dependent living in Daegu had tested positive for the coronavirus.

It marks the first time a U.S. Forces Korea-related individual tested positive for the virus, the release said.

South Korean Defense Minister Jeong Kyeong-Doo said that as of Monday, there were 13 South Korean military personnel infected with the virus.

In role reversal, Asia seeks to stop virus from coming in

Death toll rises to 18 in Delhi between Hindu-Muslim clash

White House requesting $1.25B as part of $2.5B plan to fight coronavirus

Trump quietly shuts down asylum at US borders to fight virus

5 things to know today - that aren’t about the virus

Wuhan may be celebrating, but another Chinese city has gone into lockdown over coronavirus