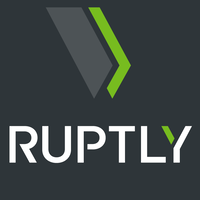 The number of people who died due to heavy rains that recently hit Petropolis raised to 117 on Thursday as emergency services still try to rescue survivors from under the mud and debris.

Torrential rains caused severe landslides and flooding in the city located in the mountains north of Rio de Janeiro on Tuesday, destroying houses, overturning cars, and washing away debris.

More than 370 people are homeless, according to the state government. 24 people were rescued alive so far and another 116 are still missing.

SOT, Nereida, Flood-affected resident (Portuguese): "Suddenly came to a big bang, the walls and my door collapsed, the mud came in. I was able to climb on top of where I groomed [the pets], a bit over a meter high. And then thank God a child broke a small window in the back and was able to rescue the animals. I saved them all and escaped through the window. But I lost everything, I lost my shop, my car, and everything inside."

SOT, Valeria, Flood-affected resident (Portuguese): "Civil Defence closed down my house, I can't even go to get my documents, clothes, nothing because there is a risk of everything collapsing."

SOT, Valeria, Flood-affected resident, (Portuguese): "We are staying in shelters because we have nowhere to go. I'm in a shelter with my mother, my daughter, my siblings, and my husband."

China condemns US balloon destruction over the Atlantic Ocean

"Putin chose to bring back war to Europe," EU President says on Ukraine

China condemns US balloon destruction over the Atlantic Ocean

61 killed, over 150 injured in Taliban suicide attack at Peshawar mosque in Pakistan